“Human Festival? What on Earth is that? Is this Star Trek or something? When is the Cardassian festival? :D”

Despite the slightly odd sounding title – the Southampton Human Festival is actually a celebration of the humanities. The humanities is just the study of how human experience is documented and processed. Still a bit mystified? Read on and some of the workshops and displays of this festival might give a better idea.

I first heard about the Human Festival on one of my bike rides into Southampton, I think I picked up the flyer in Rice Up Whole Foods on Hanover Buildings. They have a little section at the back of the shop with local events and suchlike.

It was held at the Avenue Campus of Southampton University which is within an enjoyable bike ride of me – and the “human” in the title is what got me interested as I’m all about living modern life in a more “human and sustainable” fashion. Naturally I was going to attend! The event was yesterday and it was a surprisingly thought provoking and inspiring gathering. 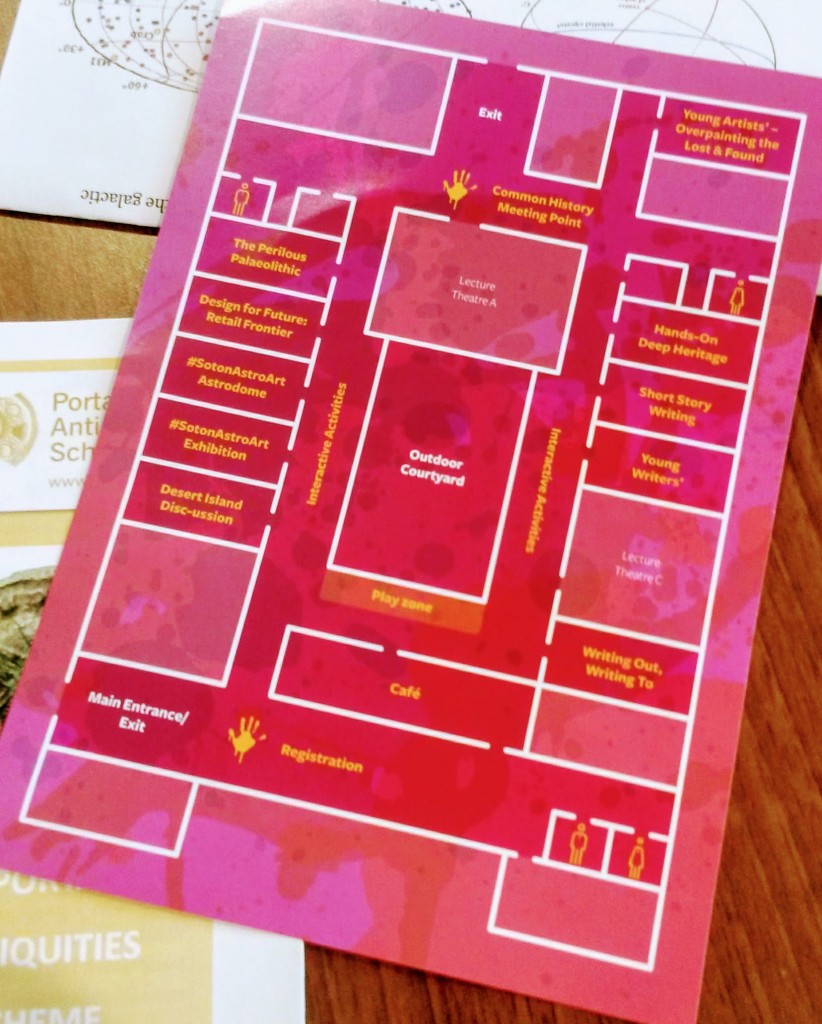 I met a couple of researchers studying climate change by analysing deep soil samples. They had a couple of microscopes on their table which one showing a much deeper soil sample than the other and within you could clearly see the change in plant seeds from forest trees to grasses and cereals. What caused this? Climate change or a co-incidence with the ride of farming in the Neolithic period of human history? 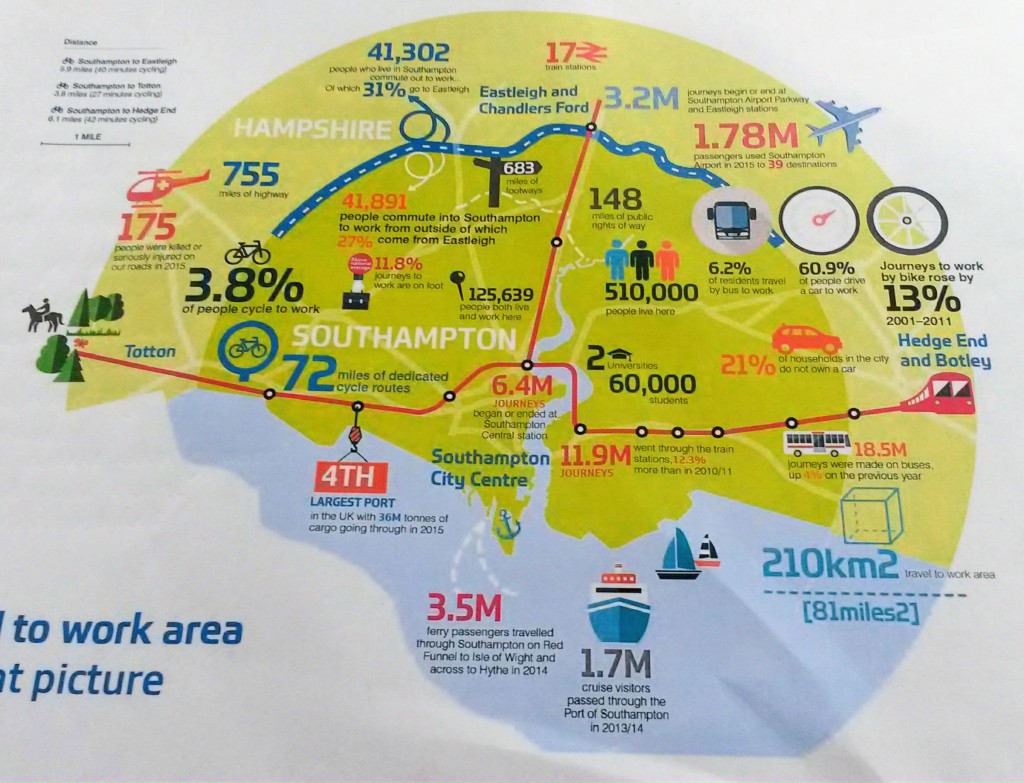 Another chap was talking about the “Metamorphosis” movement in urban transformation. This was of particular interest to me ask it talks about upgrading the cycling infrastructure in Southampton 🙂

What suprised me is how far parts of Western Europe are in terms of more liveable urban centres. Think free bike kitchens where you can pump up your wheels and put you bike on the stand to do maintenance. Think also residential areas where there are gardens and allotments in the middle of the street! I think that is a brilliant idea and the chap at this display was brimming with enthusiasm. This chap mentioned that Southampton has a lot of cultural history that is accessible on foot (I know this to be true – see my previous blog entries). He even runs a Facebook group called “Southampton Cultural Connections” to promote this stuff. One this he mentioned was the original Roman settlement at Bitterne (aka “Clausenteum”) – according to Wikipedia this is not accessible but I’m going to try it soon.

I also had a short walking history tour of Southampton Common where I learnt that there was once a race-course there and that the town tried more than three times to create a reservoir (the Boating Lake is one failed example). The main through-fare down the north end of common is also called Coronation Avenue – it is named to commemorate the ascension of a British monarch in the last few centuries. I cycled through that with new appreciation after I left the festival. 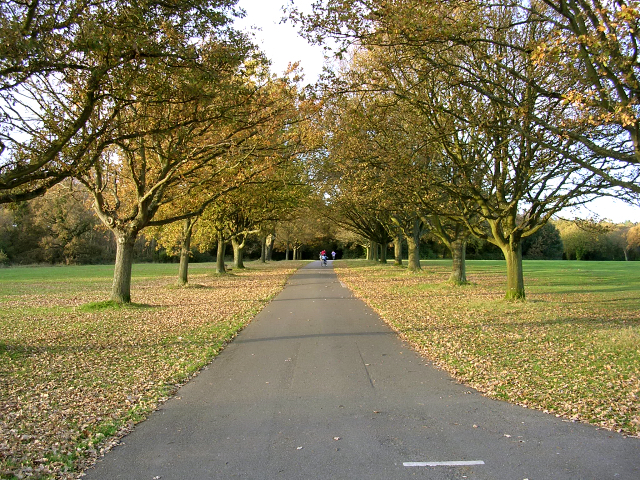 Back inside the festival, I got to have myself 3D laser-imaged by a £40,000 laser imaging scanner. They even saved the image scan for me on a USB stick which they presented to me afterwards. This scanner is used my the Geological department to study erosion and the Lab manager told me of all the world-wide places he and his team have travelled in their research. 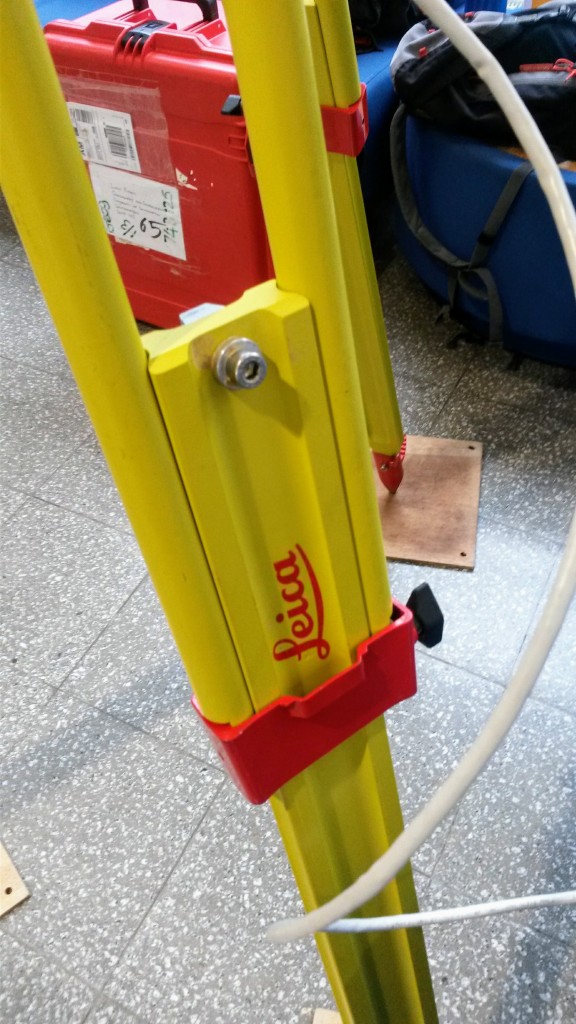 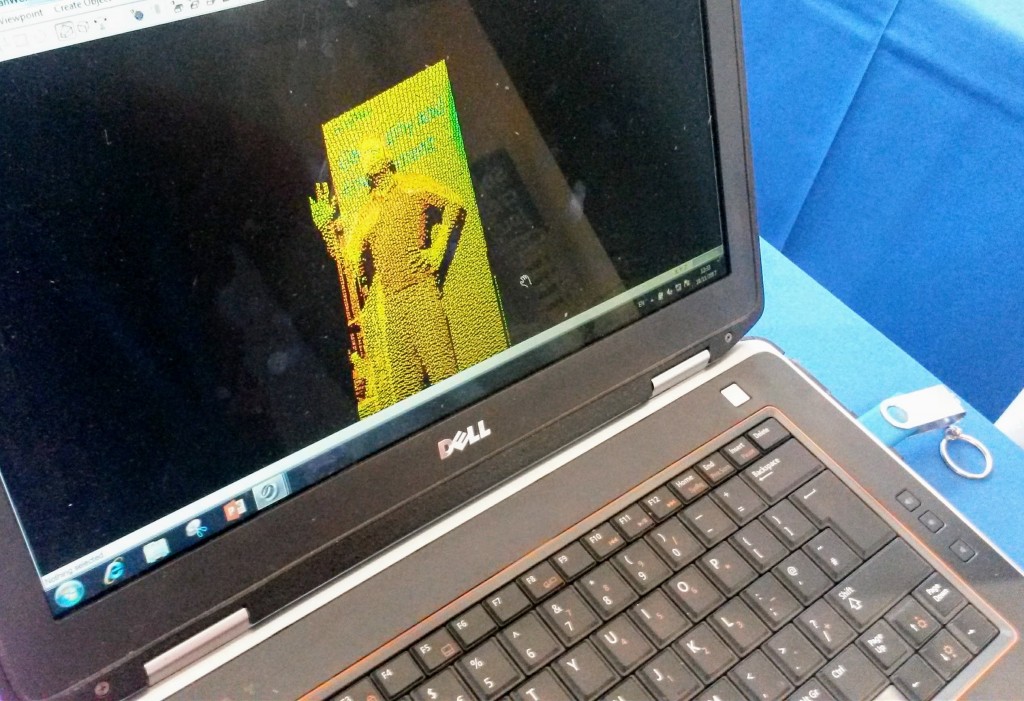 Some of the displays covered some unusual things you would not think of… such as Medieval Graffiti! This attempts to study and document the “graffiti” – small carvings and etchings – made on the walls of churches. The reasons for these markings are sometimes very touching. I learnt that there are some markings on the Bargate near West Quay and I asked how to find them. If do find them I’ll be sure to update this post with photos. 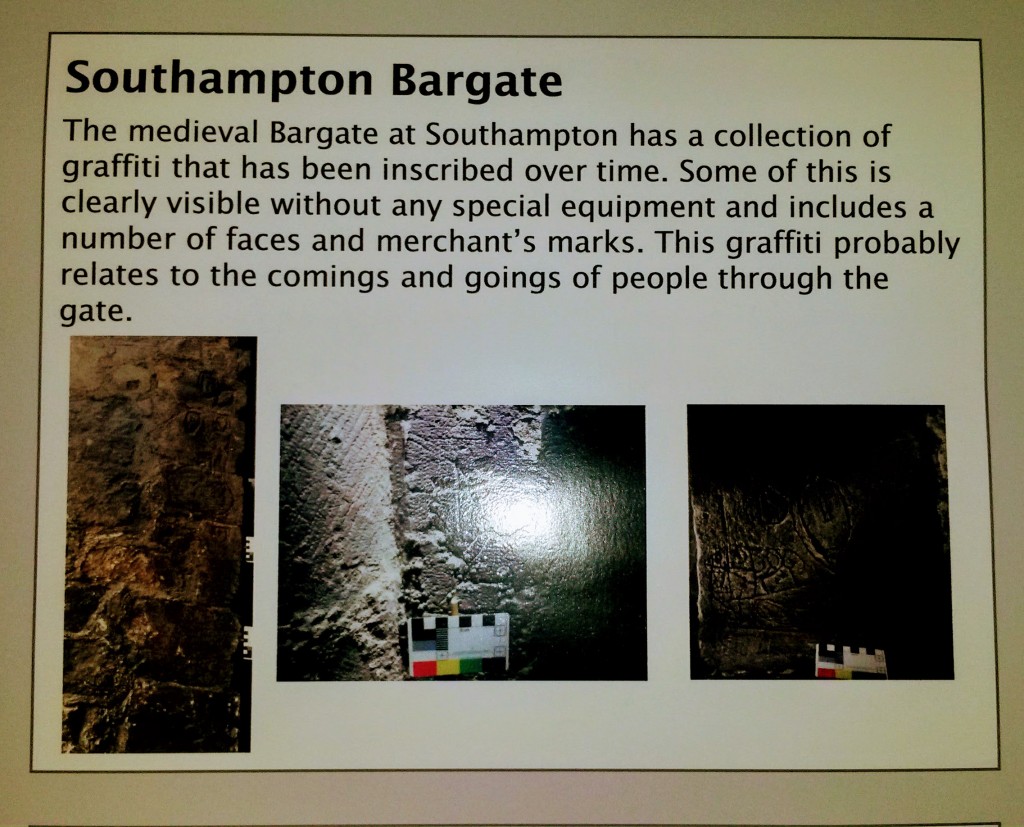 There were so many things going on that I could not attend them all. Ranging from new technology to clean up oil slicks to the study of our ancient humanoid ancestors. They were things for all ages too – I saw some creative writing workshops packed with lots of children. Obviously the next generation of writers were being inspired by this festival. There were also short story workshops for adults. 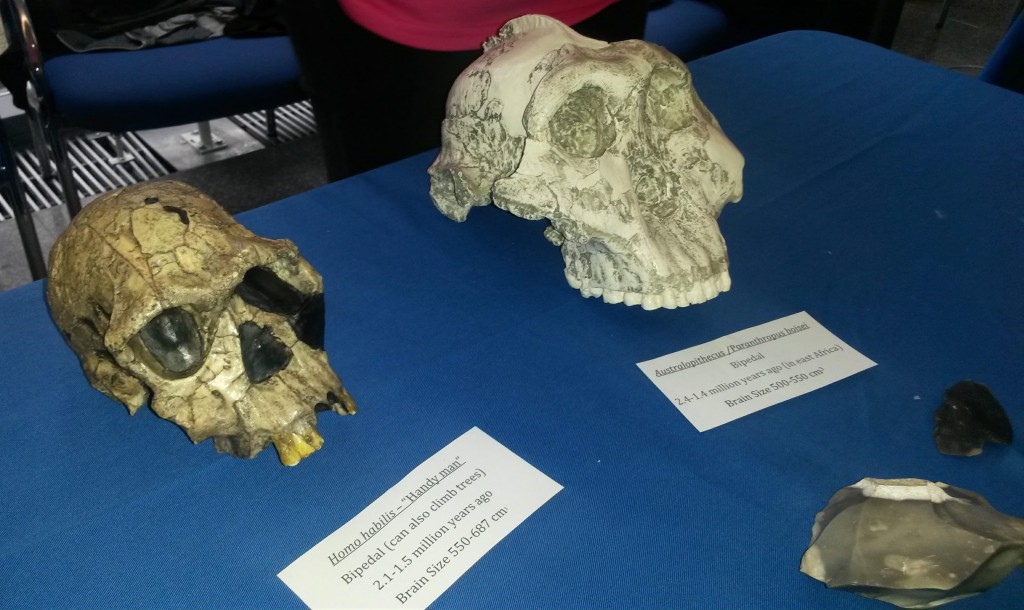 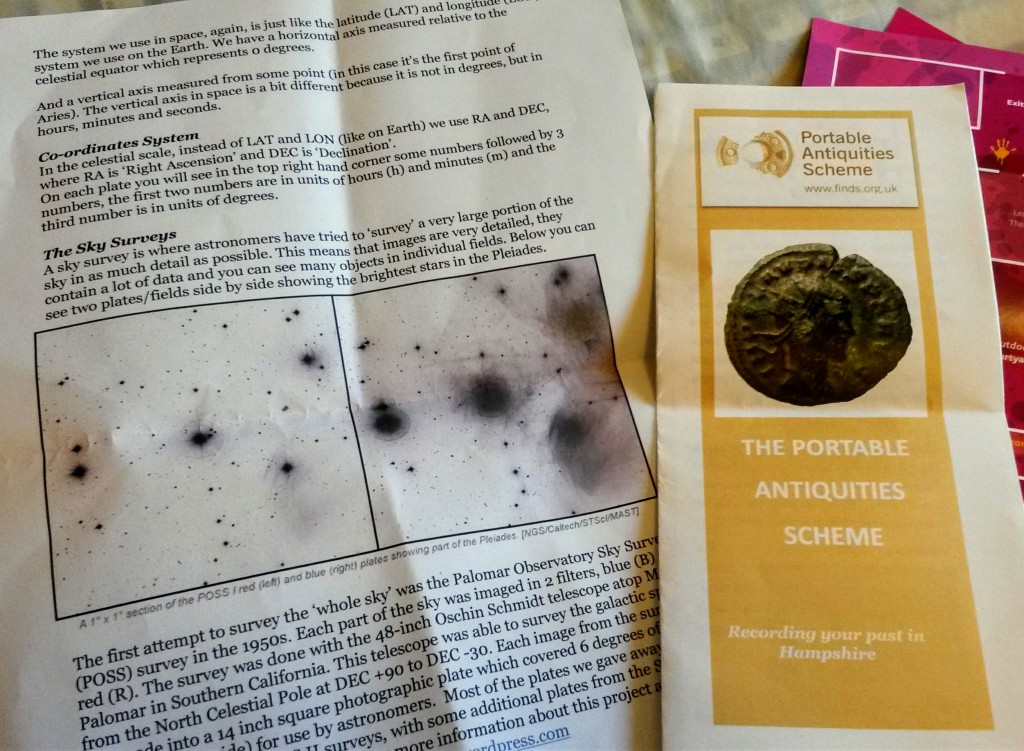 One thing I didn’t realise is that Southampton University is ranked number one in the world for Marine Archaeology. There was an entire room dedicated to this with a very impressive Virtual Reality headset tour of a real shipwreck and several divers/researchers were present talking passionately about their work. They even had a 3D printer and several 3D models of actual shipwrecks that you could touch and look over. Does that mean that laser imaging scanner can work underwater? Amazing. 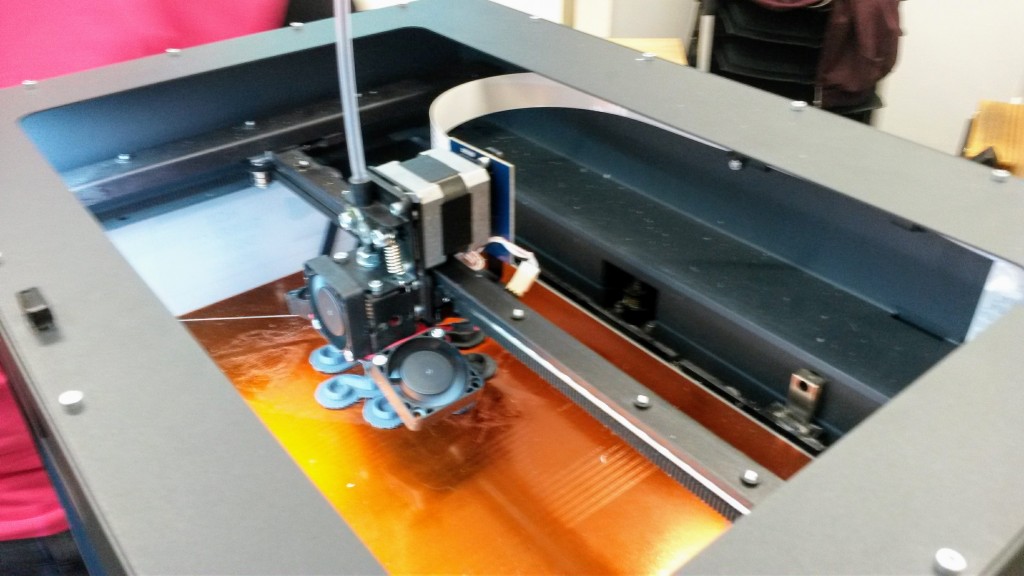 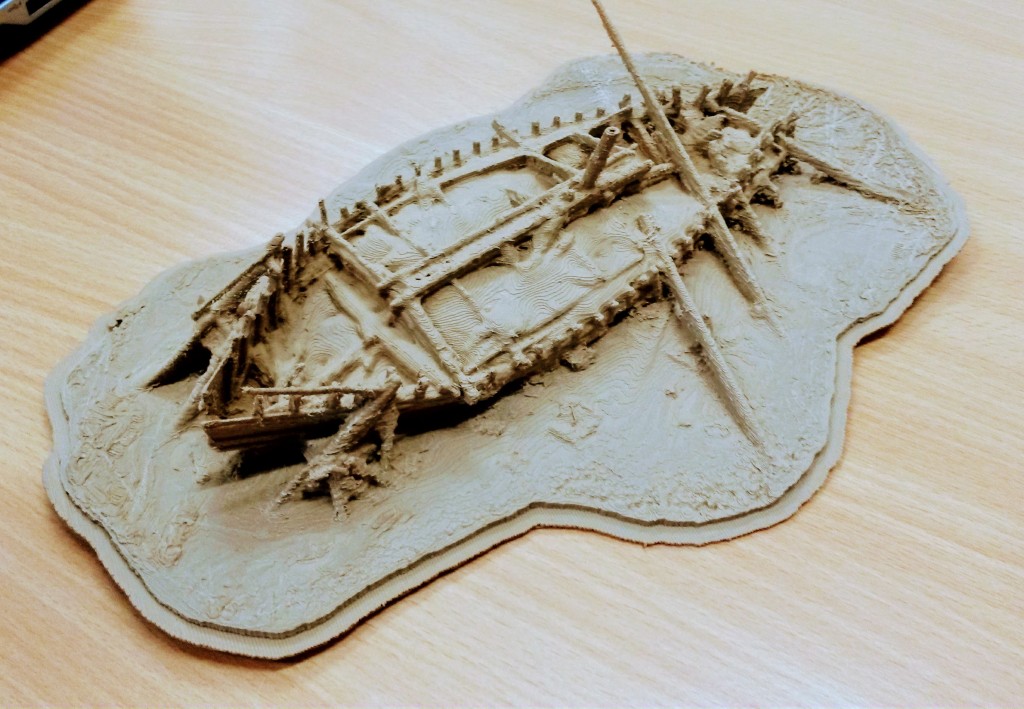 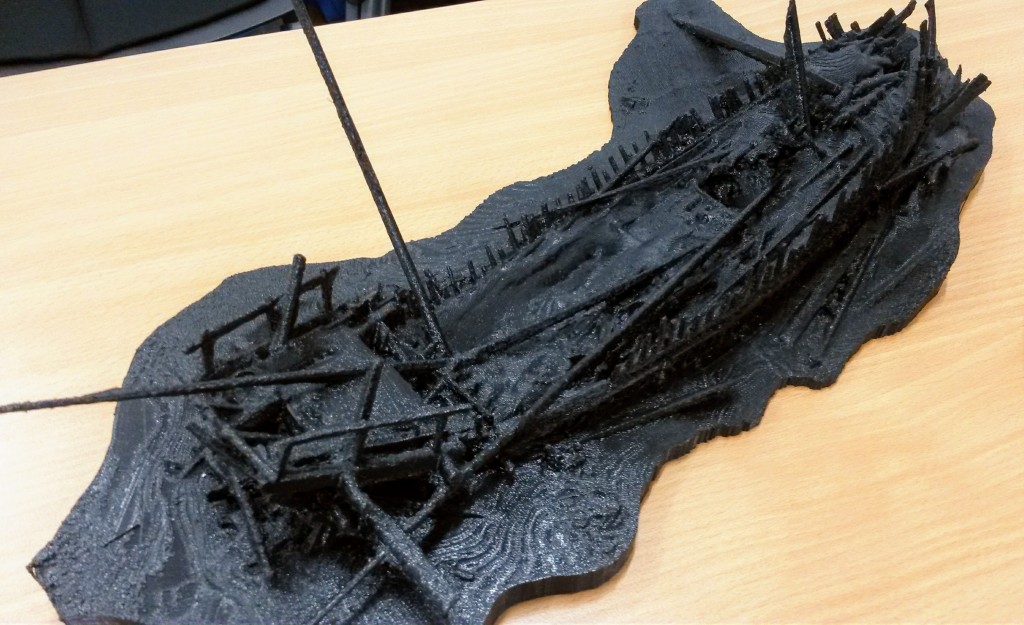 There were displays showing how we can transform retail shopping experiences from the sometimes draining “shop till you drop” affairs to something more civilised and efficient. Personally I wanted to attend the Astrodome (a large black indoor upside-bouncy-castle type thing) put on by the University Astrological society but I ran out of time 🙁
All in all a very worthwhile and interesting time – really opened my eyes on what is going on in our city. A big thank you to Southampton University, the exhibitors and student volunteers! 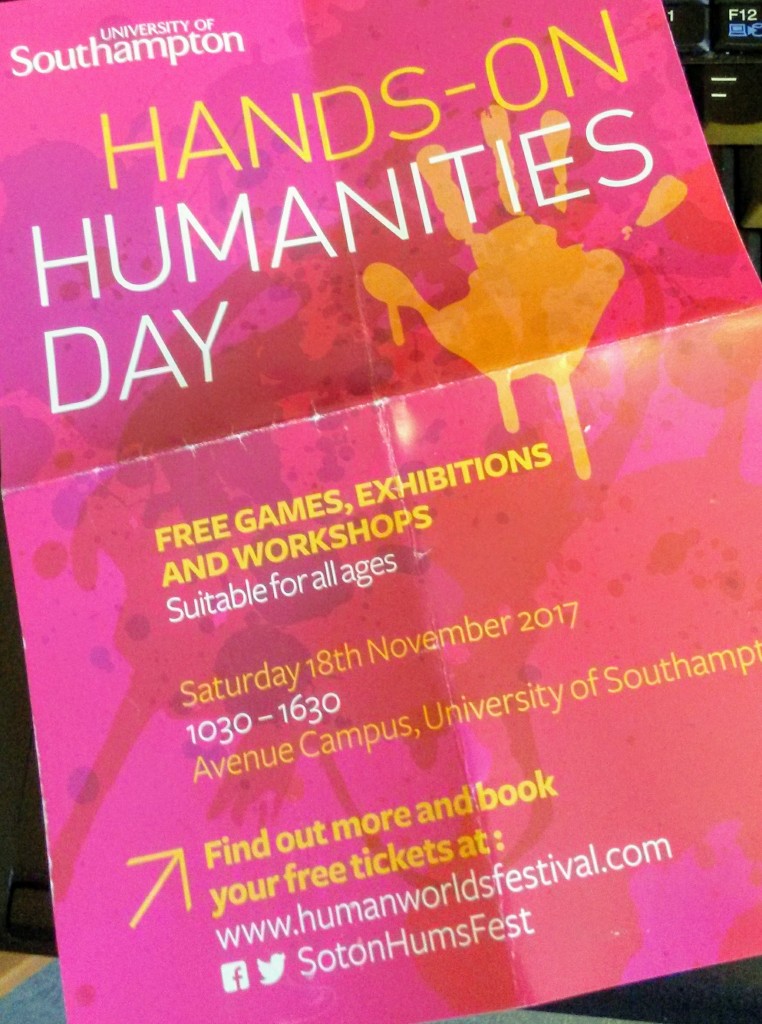 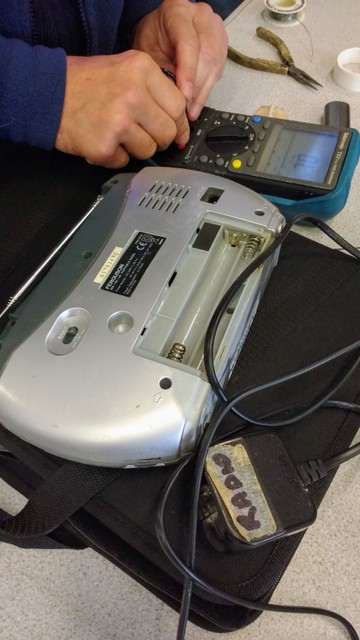 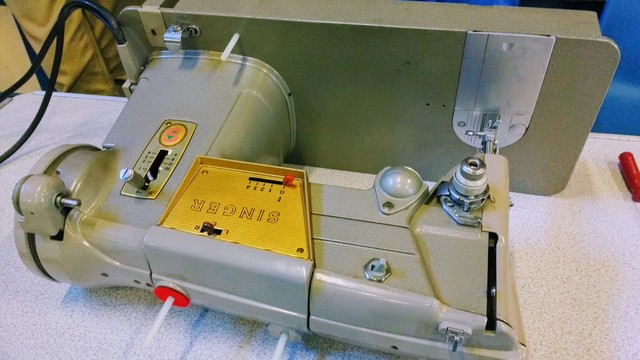 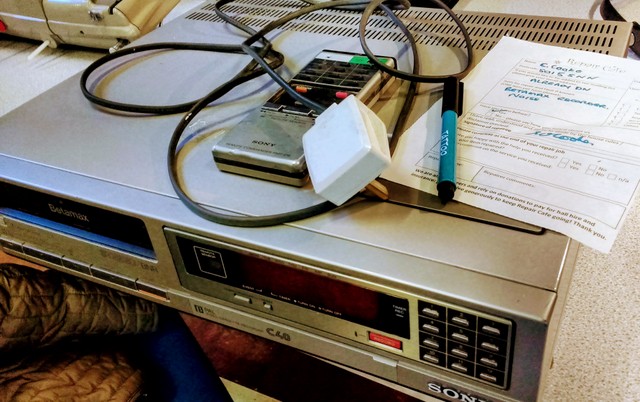 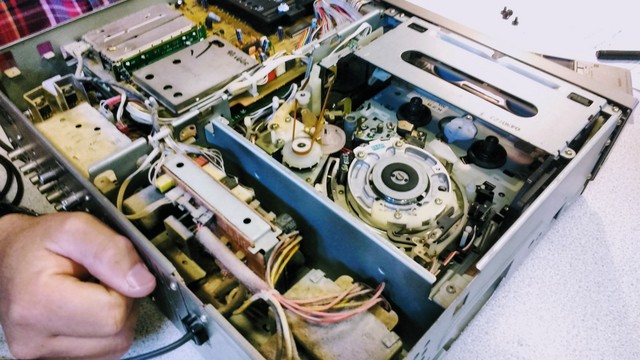 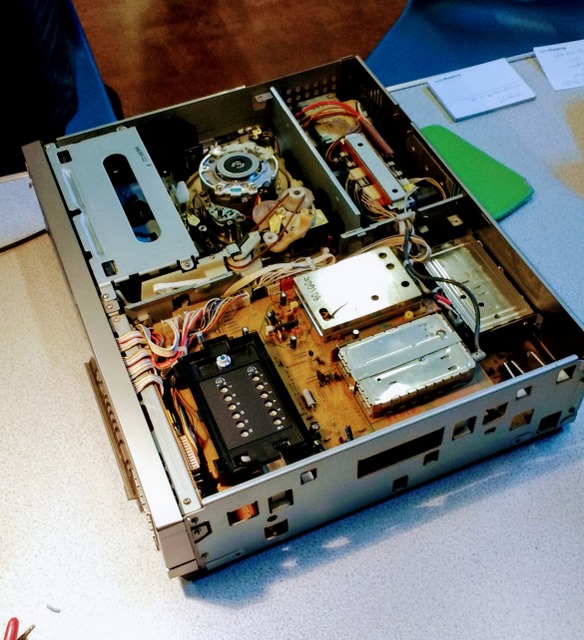